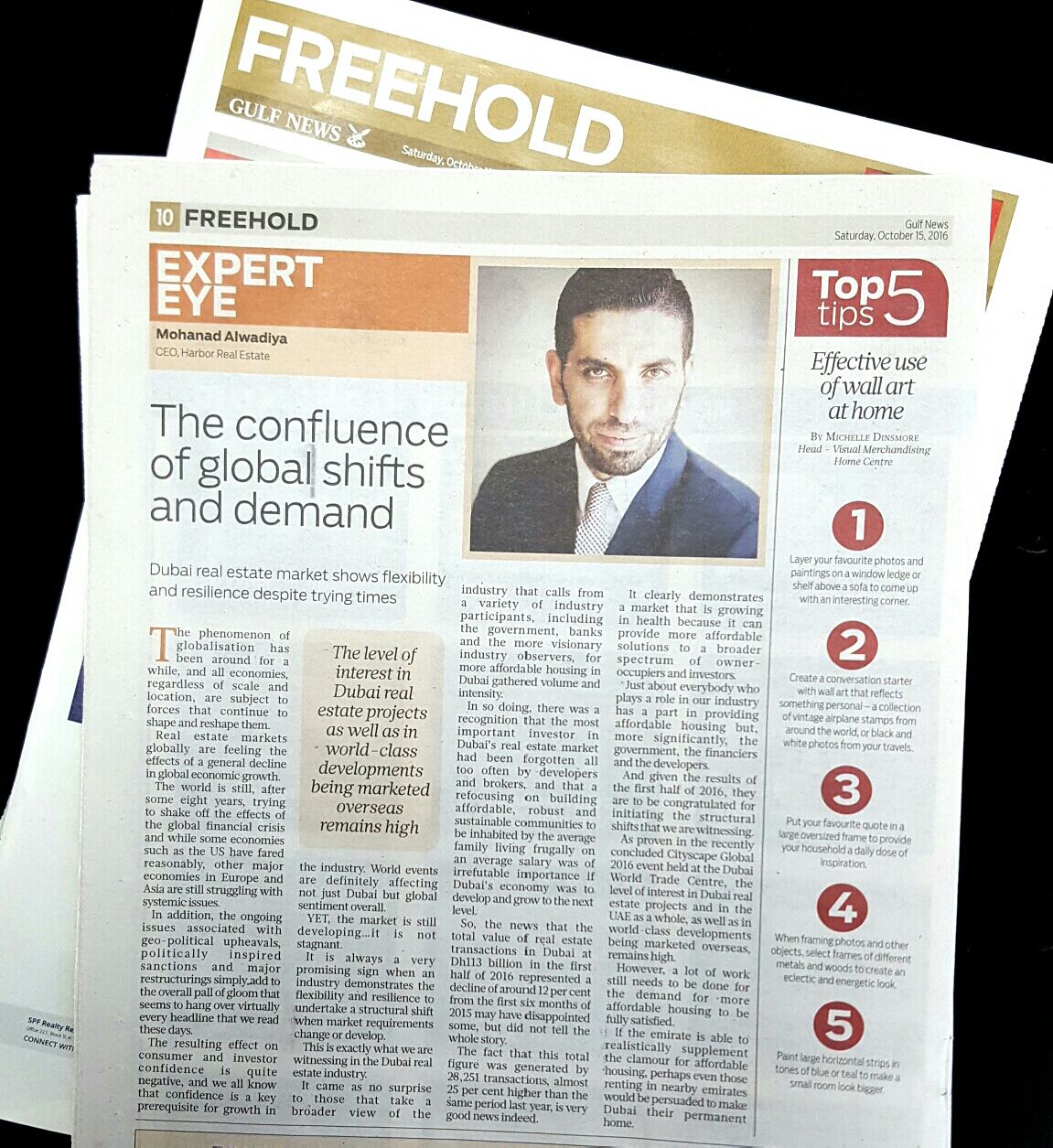 The confluence of global shifts and market demand

The phenomenon of globalization has been around for a while, and all economies, regardless of scale and location, are subject to forces that continue to shape and reshape them.

Real estate markets globally are feeling the effects of a general decline in global economic growth. The world is still, after some eight years, trying to shake off the effects of the global financial crisis and while some economies such as the US have fared reasonably, other major economies in Europe and Asia are still struggling with systemic issues.

In addition, the ongoing issues associated with geo-political upheavals, politically inspired sanctions and major restructurings such as Brexit, simply add to the overall pall of gloom that seems to hang over virtually every headline that we read these days.

The resulting effect on consumer and investor confidence is quite negative, and we all know that confidence is a key prerequisite for growth in the industry. World events are definitely affecting, not just Dubai, but global sentiment overall.

Yet the market is still developing… it is not stagnant.  It is always a very promising sign when an industry demonstrates the flexibility and resilience to undertake a structural shift when market requirements change or develop. This is exactly what we are witnessing in the Dubai real estate industry.

It came as no surprise to those that take a broader view of the industry that calls from a variety of industry participants including the government, banks and the more visionary industry observers for more affordable housing in Dubai gathered volume and intensity. In so doing, there was a recognition that the most important investor in Dubai’s real estate market had been forgotten all too often by developers and brokers, and that a refocusing on building affordable, robust and sustainable communities to be inhabited by the average family living frugally on an average salary was of irrefutable importance if Dubai’s economy was to develop and grow to the next level.

So the news that total value of real estate transactions in Dubai at AED 113 billion in the first half of 2016 represented a decline of around 12 percent from the first six months of 2015 may have disappointed some, but did not tell the whole story. The fact that this total figure was generated by 28,251 transactions, almost 25 percent higher than the same period last year, is very good news indeed. It clearly demonstrates a market that in growing in health, because it can provide more affordable solutions to a broader spectrum of owner occupiers and investors.

Just about everybody who plays a role in our industry has a role in providing affordable housing but, more significantly, the government, the financiers and the developers. And given the results of the first half of 2016, they are to be congratulated for initiating the structural shifts that we are witnessing.

As proven in the recently concluded Cityscape Global 2016 event held at the Dubai World Trade Centre early this month, the level of interest in Dubai real estate projects and in the UAE as a whole, as well as in world-class developments being marketed overseas, remains high.

However, a lot of work still needs to be done for the demand for more affordable housing to be fully satisfied. If the emirate is able to realistically supplement the clamor for affordable housing, perhaps even those renting in nearby emirates would be persuaded to make Dubai their permanent home.