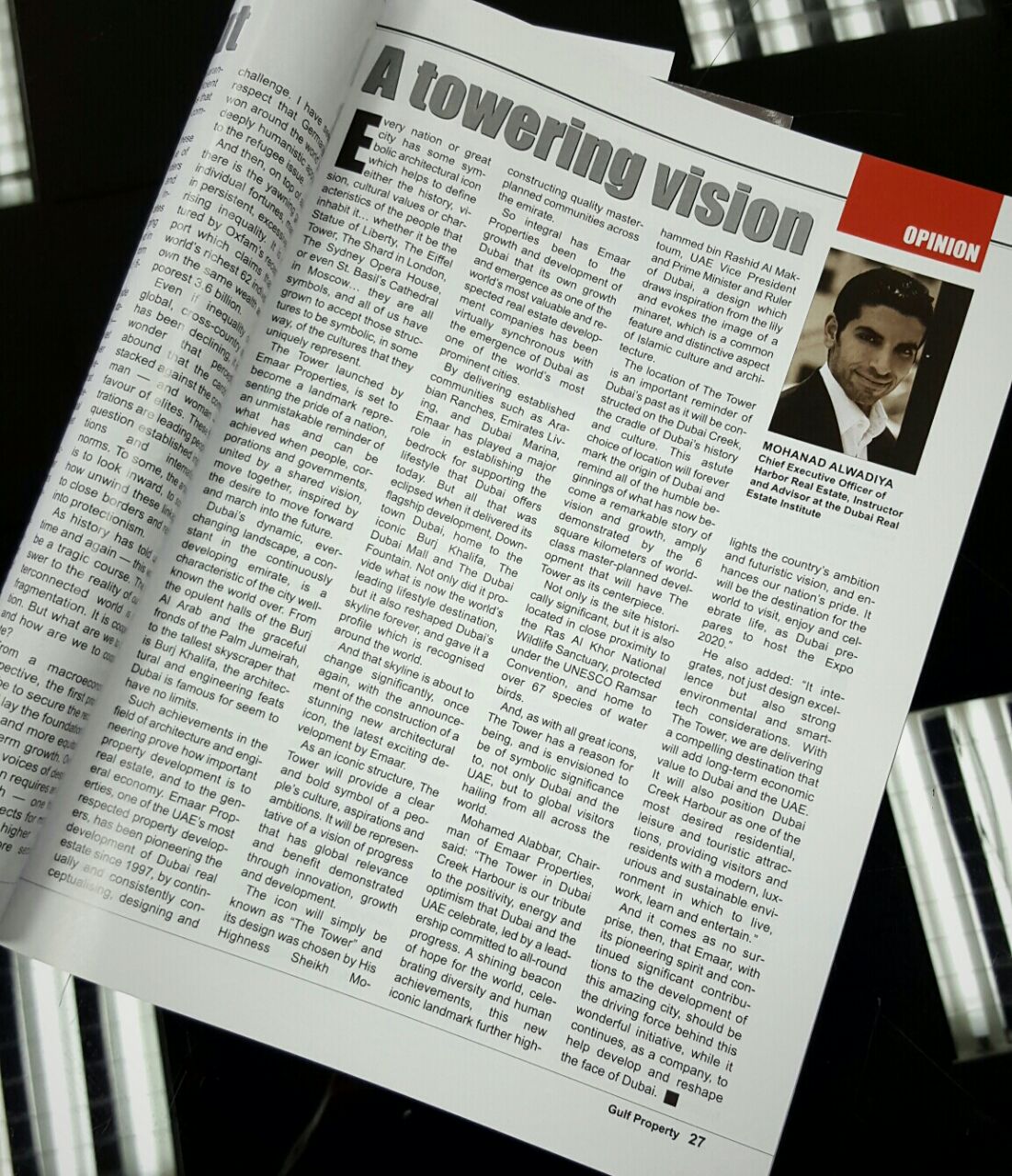 Dubai’s dynamic, ever-changing landscape, a constant in the continuously developing emirate, is a characteristic of the city well-known the world over. From the opulent halls of the Burj Al Arab and the graceful fronds of the Palm Jumeirah, to the tallest skyscraper that is Burj Khalifa, the architectural and engineering feats Dubai is famous for seem to have no limits.

Such achievements in the field of architecture and engineering prove how important property development is to real estate, and to the general economy. Emaar Properties, one of the UAE’s most respected property developers, has been pioneering the development of Dubai real estate since 1997, by continually and consistently conceptualizing, designing and constructing quality master-planned communities across the emirate.

By delivering established communities such as Arabian Ranches, Emirates Living, and Dubai Marina, Emaar has played a major role in establishing the bedrock for supporting the lifestyle that Dubai offers today. But all that was eclipsed when it delivered its flagship development, Downtown Dubai, home to the iconic Burj Khalifa, The Dubai Mall and The Dubai Fountain. Not only did it provide what is now the world’s leading lifestyle destination, but it also reshaped Dubai’s skyline forever, and gave it a profile which is recognized around the world.

And that skyline is about to change significantly, once again, with the announcement of the construction of a stunning new architectural icon, the latest exciting development by Emaar.

The icon will simply be known as “The Tower” and its design was chosen by His Highness Sheikh Mohammed bin Rashid Al Maktoum, UAE Vice President and Prime Minister and Ruler of Dubai, a design which draws inspiration from the lily and evokes the image of a minaret, which is a common feature and distinctive aspect of Islamic culture and architecture.

The location of The Tower is an important reminder of Dubai’s past as it will be constructed on the Dubai Creek, the cradle of Dubai’s history and culture. This astute choice of location will forever mark the origin of Dubai and remind all of the humble beginnings of what has now become a remarkable story of vision and growth, amply demonstrated by the 6 square kilometers of world-class master-planned development that will have The Tower as its centerpiece.

Not only is the site historically significant, but it is also located in close proximity to the Ras Al Khor National Wildlife Sanctuary, protected under the UNESCO Ramsar Convention, and home to over 67 species of water birds.

And, as with all great icons, The Tower has a reason for being, and is envisioned to be of symbolic significance to, not only Dubai and the UAE, but to global visitors hailing from all across the world.

Mohamed Alabbar, Chairman of Emaar Properties, said: “The Tower in Dubai Creek Harbour is our tribute to the positivity, energy and optimism that Dubai and the UAE celebrate, led by a leadership committed to all-round progress. A shining beacon of hope for the world, celebrating diversity and human achievements, this new iconic landmark further highlights the country’s ambition and futuristic vision, and enhances our nation’s pride. It will be the destination for the world to visit, enjoy and celebrate life, as Dubai prepares to host the Expo 2020.”

He also added: “It integrates, not just design excellence but also strong environmental and smart-tech considerations. With The Tower, we are delivering a compelling destination that will add long-term economic value to Dubai and the UAE. It will also position Dubai Creek Harbour as one of the most desired residential, leisure and touristic attractions, providing visitors and residents with a modern, luxurious and sustainable environment in which to live, work, learn and entertain.”

As an iconic structure, The Tower will provide a clear and bold symbol of a people’s culture, aspirations and ambitions. It will be representative of a vision of progress that has global relevance and benefit demonstrated through innovation, growth and development.

Every nation or great city has some symbolic architectural icon which helps to define either the history, vision, cultural values or characteristics of the people that inhabit it… whether it be the Statue of Liberty, The Eiffel Tower, The Shard in London, The Sydney Opera House, or even St. Basil’s Cathedral in Moscow… they are all symbols, and all of us have grown to accept those structures to be symbolic, in some way, of the cultures that they uniquely represent.

The Tower is set to become a landmark representing the pride of a nation, an unmistakable reminder of what has and can be achieved when people, corporations and governments, united by a shared vision, move together, inspired by the desire to move forward and march into the future.

And it comes as no surprise, then, that Emaar, with its pioneering spirit and continued significant contributions to the development of this amazing city, should be the driving force behind this wonderful initiative, while it continues, as a company, to help develop and reshape the face of Dubai.