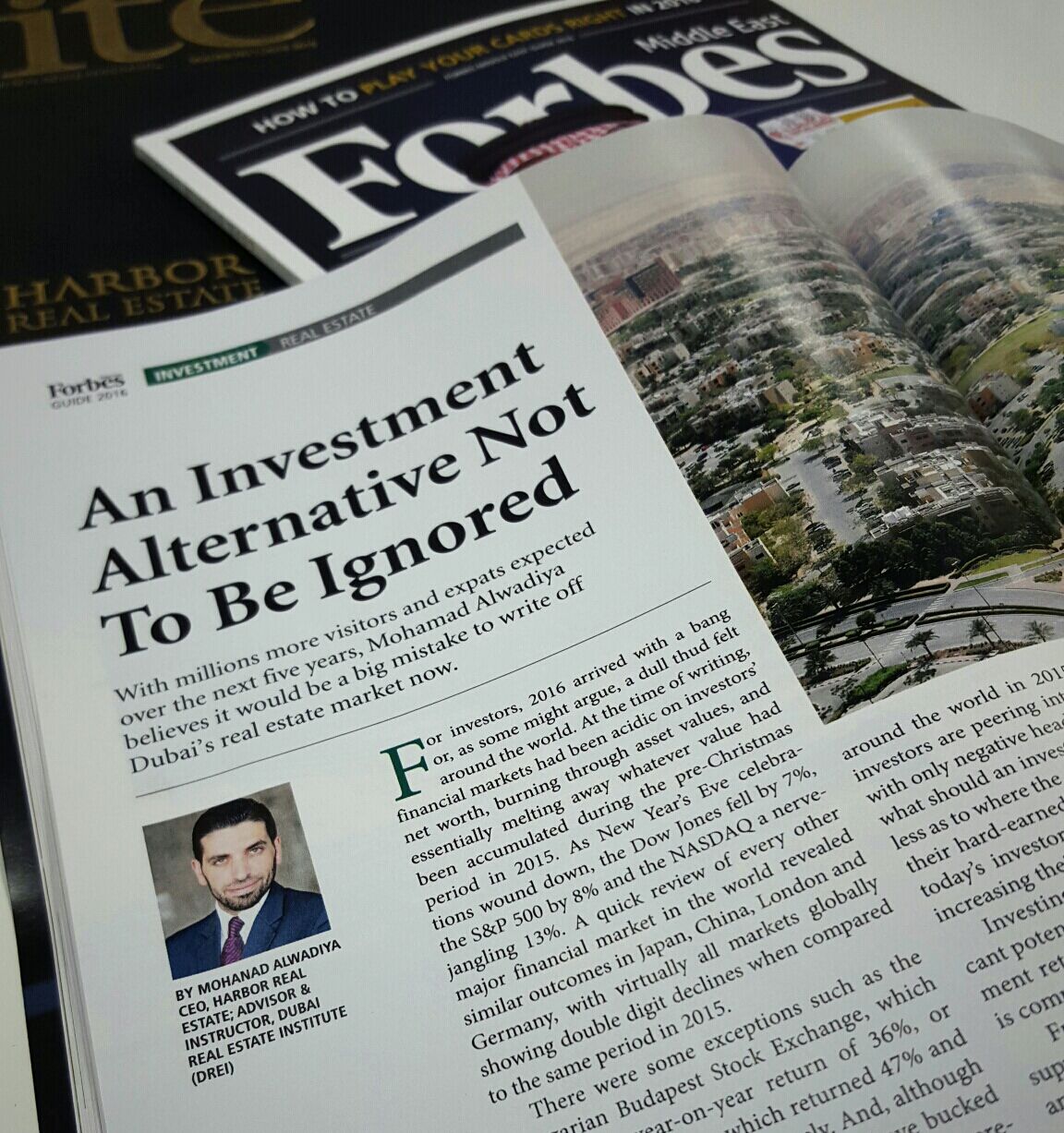 AN INVESTMENT ALTERNATIVE NOT TO BE IGNORED

For investors, 2016 arrived with a bang or, as some might argue, a dull thud felt around the world.

At the time of this writing, financial markets had been acidic on investors’ net worth, burning through asset values, and essentially whatever value that had been accumulated during the pre-Christmas period has been melted away.

Since the New Year’s Eve celebrations were wound down and hopes for a better year in 2016 were dialed up, the Dow Jones had fallen 7 percent, the S&P 500 by 8 percent, and the NASDAQ a nerve-jangling 13 percent. What usually exacerbates investor nervousness is that these financial markets are located in the US which is, of course, still widely regarded as the strongest of the major global economies and being held as the bastion of economic growth heading into 2016.

A quick review of every other major financial market in the world reveals similar outcomes in Japan, China, London and Germany – all showing significant declines during the same period, with virtually all markets globally showing double digit declines when compared to the same period in 2015.

There are some “contrarians”, of course, such as the Hungarian Budapest Stock Exchange which did not participate in the global financial market rout in the last month, and has returned a healthy year-on-year return of 36 percent, or Latvia and Slovakia which returned 47 percent and 36 percent year-on-year, respectively.

Although the list of financial markets that have bucked the global downward trend is short, and only represent a miniscule proportion of the total capital invested globally, it does show that there will always be opportunity somewhere in the world. For investors, the challenge is to find the opportunities and access them.

While many investors expected the initial period of 2016 to essentially become a continuation of the previous year with a modicum of the volatility and irrational market gyrations continuing, nobody ever really expected 2016 to announce its arrival with such mayhem and drama. This only goes to show that many of the issues that affected investor confidence around the world in 2015 remain, and policymakers, corporate executives, investors and consumers at large continue to harbor doubts about the ability of leaders to navigate the multiple crises that has beset the world. In short, most investors are peering into a fog of uncertainty with only continually negative headlines to guide their reasoning.

The issues are as varied as they are significant. Everything from the US presidential race that has the world bemused (and perhaps frightened as to its would-be outcome)  to doubts regarding the capability of China to effectively manage and steer its economy away from being export-driven to relying on local consumption and the development of its middle class.

Meanwhile, the European refugee crisis will continue as long as there is violence in the Middle East which, of course, shows little sign of abating. Then there is the continuing saga of the US Federal Reserve’s shift from near-zero interest rates that continues to spook investors to the extent that all rational and fundamental analyses enabling investment decisions seem to have been replaced by an intense and sometimes amusing focus on the vocabulary and grammar used in Fed statements in an effort find some hidden indication of their intent.

Meanwhile, the ongoing collapse of oil and commodity prices remain likely to trigger recessions in emerging economies like Russia and Brazil – all at the time that Europe continues to struggle for growth. Not surprisingly, the IMF trimmed its global growth outlook for 2016 to 3.4 percent, down from 3.6 percent and, in all likelihood, will trim it further as the year progresses.

So, what should an investor do… who, in the depths of despair and confusion at the deluge of negative headlines, seemingly shallow financial advice and at the direction of global economies and financial markets, is feeling clueless as to where the opportunities for returns on his hard-earned capital might be? How does today’s investor make some progress towards increasing his wealth in 2016?

Investing in Dubai real estate has significant potential to satisfy the appetite for investment returns and the fundamental reasoning is compelling.

From a macro level, Dubai needs people to support an economy that is expected to grow at an estimated 2.5 percent+ in 2016 but increasing exponentially as the end of the decade draws near. The reason for this growth trajectory is the commitment and determination to deliver on initiatives such as the 2020 World Expo. The Expo alone is expected to generate an additional 270,000 jobs and drive demand for housing and commercial facilities that, by and large, do not currently exist. Much of the city’s planning comprehends the number of people living in the emirate to grow to 3.4 million by 2020, a 7 percent annual increase from today’s population of 2.25 million.

While the price of oil is a big issue for the region’s economies, Dubai has managed to develop a level of diversification that will allow it to weather the current global oversupply of oil. With oil representing only about 4 percent of Dubai’s GDP, the effect of the decline in oil prices is not as drastic as some may think. While a reduction in public spending is to be expected, Dubai’s economy is being driven by fundamentals such as tourism and trade, and the focus of spending will be on new projects to grow these important revenue-generating economic segments and further diversification.

In 2015, Dubai attracted over 14 million visitors continuing a growth trend of approximately 10 percent per annum since 2010, and is well on track to attracting over 20 million visitors in 2020.

And the 277,000 extra jobs that are generated to ensure the estimated 20 million visitors to the Expo see Dubai in its most favourable light cannot be underrated in terms generating significant demand for real estate assets. This is where the Dubai economy has an advantage over many Western economies in that, looking forward, there is a requirement for intellectual and human capital which is not residing dormant and unutilised in the economy and attracting this critical resource can only result adding to economic growth, providing additional impetus for Dubai’s Real Estate industry to enjoy the predictable surge in demand for accommodation and commercial space of all types, from labor camps to offices to warehouses to apartments to executive Villas.

There is no doubt that Interest rates in the US will continue to rise and the AED will continue to get stronger. However, to invest in a market that nearing the end of a 20 percent correction in a currency that certain to appreciate over the coming 3 to 4 years only makes sense, especially when finance is still relatively affordable and will remain so for quite some time, and when the Expo is sure to have a significant effect on property values.

And the market itself is becoming more efficient. Developers have learnt from the past and are only releasing properties into the market after analysing current demand, and are continually revising projects still in the feasibility stages after carefully analysing future demand. This newfound prudence in managing supply will help preserve values and confidence in how the market is operating, going forward, and is yet another indication of the market’s rapid progress towards full maturity.

The structural shift towards more affordable housing in 2015 will not only serve to accommodate the expected rapid population growth associated with the 2020 Expo, but will also serve as an important factor in the development of the Dubai economy overall.

Every emerging economy needs to develop a strong middle class as its expansion is critical to growing a sustainable economy, and developing resilience in the face of external financial and economic shocks. In addition, for Dubai to compete effectively on a regional and global basis, it needs to ensure that the cost of doing business in the emirate does not position it as an outlier when entrepreneurs or corporations are considering alternatives for their operations.

And speaking of alternatives, there is an array of asset choices which hasn’t been seen for some time, and the availability of off-plan purchases with highly lucrative payment plans is unprecedented. Whether it’s an affordable studio or a luxury villa, there are investment opportunities in every segment of the market supported by the most affordable payment plans seen in years.

Properties in the burgeoning affordable segment continue to provide gross rental returns of 8 percent with 10 percent rental yields not uncommon and, because of the recent price correction in the market and the slew of financial incentives that have been introduced, accessing the yields and returns can be done with comparatively minimal capital outlay. And the good news is both rental yields and property values are expected to increase as the 2020 World Expo draws nearer.

But returns are only one side of the equation… what about the risk?

One of the main reasons why the Dubai real estate industry has matured so rapidly is because of the unprecedented level of governance, oversight and scrutiny that the industry is being subjected to. The ongoing development of the industry’s regulatory framework and implementation of laws and regulations to safeguard both consumer and investor interests, the overall industry and the economy at large from rampant and irresponsible speculative, predatory or unethical practices, reveals a mature and balanced approach to shaping an industry which exhibits sustainable growth over the long term.

The industry is much more resilient in 2016, and investors have benefitted enormously from the developments in this area.

Every investor has a finite set of investment opportunities to consider. There is no doubt that the past year has been challenging for equity investors, frustrating for fixed income investors, and costly for investors who saw the valuations of their mutual funds, many leveraged with cheap finance, lose 20 percent to 30 percent of their value.

Investing in Dubai real estate simply cannot be ignored as an alternative, whether as a primary source of returns or as a contributing participant within a broader investment portfolio, to successfully generating wealth.